Brands jump in for voter turnout

With the result of Tuesday’s closely contested US presidential election still mired in controversy, one certainty is the growing amount of influence brands have had in getting voters’ voices heard. 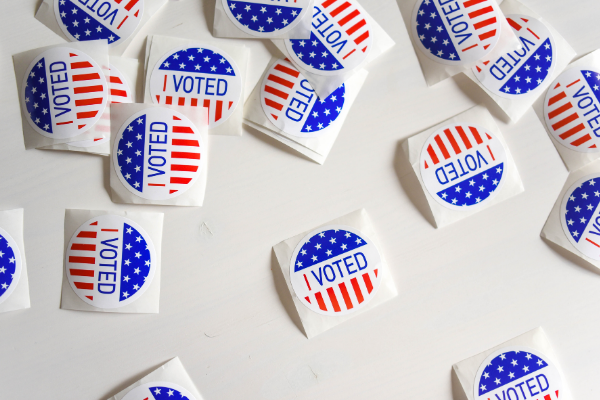 The 2020 election was fought over the handling of the Covid-19 pandemic, the economy and the continuing fight for racial justice – but it may also come to be remembered for being the first time brands really came to fully harness their marketing clout to get the US voting.

Past election statistics show that many Americans don’t make use of their vote, particularly the younger generations. In the 2016 presidential elections, fewer than half of 18 to 29-year-old Americans voted. Remarkably, just under 56% of voting-age Americans did make the effort to cast a vote, a lower rate than recent national elections in South Korea, Mexico and most developed countries.

This time around, brands in the technology, retail and entertainment fields joined forces in an attempt to encourage eligible voters to have their say. With votes still being counted today, it appears to have had a positive impact – turnout was the highest since the Second World War according to early reports, with some projections of a 67% turnout.

Voting advocacy from people outside of traditional politics isn’t a completely new phenomenon in the US. The non-profit Rock the Vote partnered up with MTV in 1990, producing videos with celebrities such as Madonna and Lenny Kravitz that urged network’s young audience to go out and vote. But efforts from brands to get out the vote among their own customers are a more recent development.

Brands’ strategies for this election included creating everything from voting merchandise, to campaigns encouraging the general public to the polls. Some brands paid their employees to work at the polling stations, while others gave them time off to go and cast their vote.

In another new development, messages around how people should vote became more overtly political during the 2020 presidential campaign. The encouragement of voting as a concept is unlikely to upset a company’s customer base as long as it doesn’t endorse a specific candidate, according to The Atlantic.

Considering this, many brands decided to reference the progressive values likely held by their clientele in their messaging over the course of the campaign. For example, Nike sent out a voter-outreach email which simply said: “No more sitting on the side-lines. You can’t stop our voice.”

Focusing on the challenge of securing access to polling stations, Nike partnered with Lyft to offer discounted rides to people who wanted to vote in low turnout areas such as Atlanta, Baltimore and Chicago. This initiative was part of the wider ‘You Can’t Stop Our Voice’ campaign featuring LeBron James.

Other brands that got involved in 2020 included Absolut vodka. In addition to giving staff time off, the brand created a non-partisan, integrated ’Drink Responsibly. #VoteResponsibly’ campaign which delivered the message: ’Vote First, Drink Second.’

The election also saw Reddit’s first-ever brand marketing campaign which fell under its voter engagement initiative, ‘Up The Vote.‘ The creative drew parallels between engagement with content on Reddit and participation in real-life elections.

However, perhaps the most inspired brand contribution to this presidential campaign was the Election Night Survival Kit released by Philadelphia-based Babe Wine to make the tense wait more bearable ahead of the results being announced. As well as a four-pack of wine, the box included a stress-relieving squeeze ball, a ‘scream pillow’ and a box of tissues in case emotions ended up getting a little too fraught.

These may well be needed by many of us as the race to victory comes right down to the wire, with the final votes still being counted. Let’s just hope the huge voter turnout leads to the right choice being made for the country.

How NOT to market…especially to a marketer

Five content marketing trends to watch out for in 2022

Snapshot of Whiteoaks with Hannah Buckley

Getting to know Q&A with Millie Goodwin

Are Apple repairing their mark on sustainability