How does ocean pollution really affect our lives?

In light of World Ocean Day on June 8th, it made me think. Other than looking pretty whilst at the beach or on holiday, does the ocean really need its own day? The ocean covers approximately 71% of the Earth’s surface, with the Pacific Ocean alone covering around 32% (which is almost 10 times the size of Russia). But, with only 5% of the ocean having been explored and charted by humans, how impactful is the ocean on our lives and why do we need to look after it? 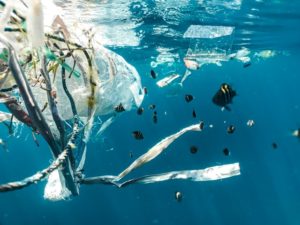 If current trends continue, experts speculate that the amount of plastic waste polluting the oceans will grow to 29m tonnes a year by 2040, which is the equivalent of 50kg for every metre of coastline in the world. To put this into perspective, a study done by the University of Georgia found that 18 billion pounds of plastic wind up in our oceans each year. Which is enough rubbish to cover every foot of coastline around the world with five full bags of rubbish…every year. If these expected stats become facts, this could impact our lives in many ways.

That’s why this year and the coming years are some of the most important in protecting our oceans. This is the first year of the UN’s Decade of Ocean Science for Sustainable Development. It aims to utilise advanced technologies and research that are being developed to help sustain the Blue Economy, which will tackle climate change and spur economic growth, to name a few.

How can we pitch in to reduce ocean pollution?
– Use a reusable water bottle instead of a single-use plastic bottle
– Reduce, Reuse, Recycle. Reduce your usage of single-use plastics.
– Avoid buying products with excessive packaging.
– Bring a reusable bag for shopping (e.g. supermarket, retail shops, etc.)
– If you are to buy/use a product that contains a plastic holder, be sure to cut it before disposing of it as in the ocean, these can strangle or trap wildlife

Fortunately, there are some great causes out there that are trying to combat the pollution, such as The Ocean Cleanup that is developing and using advanced technologies to help rid the ocean of plastic. As well as smaller groups like local beach clean-ups – each group plays their part in the aim to reduce pollution.

So, although the ocean does look nice for a photograph background whilst on holiday, it really is an integral part of our lives, and we all need to ensure to do our part to look after it.