Trade versus national coverage – which is better?

One of the longest running discussions we have with clients is about the face off between trade and national coverage. Which is better? Which most benefits the business? Which delivers the most value? 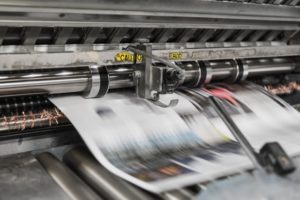 In the B2B tech space, you’re often spoilt for choice with specific titles that potentially better serve your brand’s audiences, despite smaller overall readerships. But you also have the bright, shiny lights of national or broadcast coverage, with the attraction of higher audience figures and the prestige that comes with being featured in such widely known names.

In my opinion, the question shouldn’t be which is better, trade or national media, but rather, which will serve your purposes better. For example, if you are positioning your brand for an M&A or investment, then national coverage makes more sense. However if the goal is launching a new solution aimed at a specific set of customers, then trade media will yield the most value.

National coverage is the idea vehicle to generate top of the funnel awareness and address higher level and c-level issues. It also helps with the searchability of your brand online and SEO because national publications lend significant authority to search. There’s also no question that it’s unbeatable in terms of reach and it does deliver your message to a much wider audience.

But in the example above, wider audience isn’t necessarily always a good thing. Trade media has the benefit of having niche titles that are targeted at your target market. More than that, with trade publications, there is the opportunity to build relationships with the journalists, and a better chance to tell your story more in-depth; whether that’s related to pain points, profiling or thought leadership. The opportunities are also more frequent, guaranteeing more consistent coverage over a longer period of time. And that’s not to discount the impact that trade coverage can have on SEO, with more chance of making use of backlinks in articles, something that is near impossible with the nationals.

After weighing it up, it’s clear that shouldn’t come down to a face off between trade and national coverage. Depending on your objectives, the two should (and can) complement one another to support you reaching your communication goals. It’s not about choosing the best option, but creating the best mix of coverage that is going to benefit your business.

If you’re looking for your own answer to the question, keep three things in mind: What are you trying to achieve? What are your timescales? And which mix will deliver the greatest value?

Feel free to get in touch to discuss.