What the content team have been reading, watching and listening to over the summer period

As pandemic restrictions have continued to ease in recent months, our content creators, much like everyone else, have been making the most of the return to freedom. For periods of downtime however, we’ve not squandered the opportunity to delve into a good book, watch some fascinating TV series and even perfect our cooking skills! Here’s the rundown from the team: 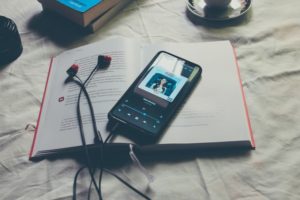 Ollie
I’ve just finished reading Utopia Avenue by David Mitchell. It’s the tale of a fictional band’s sudden rise to fame – and subsequent fall – during the late 60s. Some of the dialogue is a bit wooden and there are some cheesy and predictable moments, but despite these flaws I actually found the book hugely enjoyable. You get the impression Mitchell had a lot of fun researching the era, trying to capture the zeitgeist and making this fictional band’s story come alive among real life characters and events.

Next up is A Gentleman in Moscow by Amor Towles which is about a Russian aristocrat living under house arrest. Can’t think why I put off reading this one during lockdown…

Natalia
Being a self-proclaimed chef, I always dive deep into my quite large collection of cookbooks. As I wasn’t able to celebrate all the birthdays and anniversaries over the past 18 months with the usual tour-the-hidden-restaurants, I transformed my kitchen into a very messy food sanctuary. I’m currently trying out Mauritian recipes from my signed copy of Sunshine On a Plate by MasterChef winner Shelina Permalloo. Truly great fusion cuisine with African, Asian, and European influences, perfect for sharing, and those who have to follow a gluten/dairy-free diet like me.

In between flicking through cookbooks and, of course, football, I got to enjoy a good binge-watch session on Netflix. A thriller mini-series The Woods based on Harlan Coben’s bestselling novel kept me in suspense, biting my nails and munching on toffee popcorn. If like me you can’t wait to get hooked on the next intriguing mystery, and don’t mind English dubbing or subtitles, I can recommend this absorbing, well-written piece of Polish cinematography. Whilst I’m tempted to re-watch Lucifer for the 3rd time, I promised my friends to catch up on The West Wing, a gripping American political drama from the early 2000s. Off to buy some more popcorn then!

Alex
Listening to music has always been one of my favourite ways to escape stresses of daily life, and it’s proven no different in 2021 during lockdown and restrictions. New albums by Wolf Alice, Royal Blood and Twenty One Pilots have been on repeat on my Spotify! Euro 2020 fever has also struck me during the last few weeks and I’ve enjoyed listening to the Peter Crouch Euros Podcast on BBC Sounds as they take a light-hearted analysis on games in the tournament. I’m currently reading Born to be Mild by Rob Temple, an autobiographical journey by the man behind the popular Very British Problems profile on social media.

Hannah
We’ve recently moved house, so I’ve been watching a lot of short programmes to keep me entertained while decorating. At the moment, that’s Younger, a show about a woman in her 40s who pretends to be in her 20s to get a job in publishing. Looking a bit further ahead, I’m very excited that not one, but two(!) film adaptations of Jane Austen’s Persuasion (my favourite book!) are currently in the works. It’ll be a while before we get to see the finished results but I can’t wait to see what they do with Anne Elliot and Captain Wentworth’s story!

I’m also reading the award-winning Hamnet by Maggie O’Farrell. It’s a bit of a departure from what I usually read but I’m enjoying it so far!

Richard
I really enjoy reading history and biography and am currently combining the two by working my way through a book about Clement Attlee called Citizen Clem. It is a fascinating insight not only into Attlee’s life but also into 20th century Britain. I’d highly recommend it. In terms of television, I’m a huge armchair sports fan and I’ve been following the Euros avidly but also keeping in touch with all the latest from Wimbledon and the international cricket. Great escapism in these stressful times.

Hugh
I’ve gone back to The Times Atlas of World History, starting from the bit where it’s all pictures of skull fragments and hairy hominin ancestors. I’ve got as far as the destruction of Mycenae and Knossos, which remains mysterious. I was dipping in and out, but the chronological approach is more fulfilling.

I’ve also been catching up on Ed Reardon’s Week on BBC Sounds. A journalist colleague once compared me with the irascible, feckless, ale and cricket-loving hack writer Ed Reardon and I was sadly proud.